What is this sweetie ^_^ 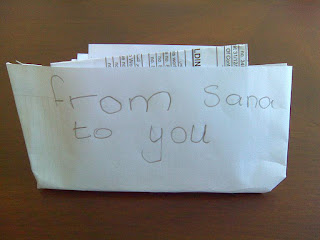 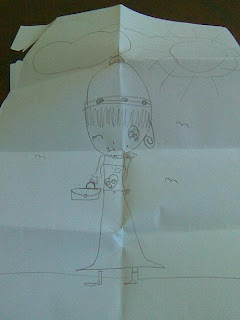 So This is me

Email ThisBlogThis!Share to TwitterShare to FacebookShare to Pinterest
Labels: Me and Myself 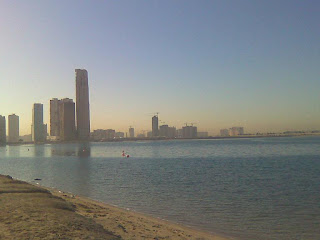 Email ThisBlogThis!Share to TwitterShare to FacebookShare to Pinterest
Labels: Me and Myself, Sentiments

I am very happy
Because I have not surrendered
Either to the world or to myself.


By: Sri Chinmoy
From: The Divine Hero, Published by Watkins
at November 21, 2008 2 comments: Links to this post 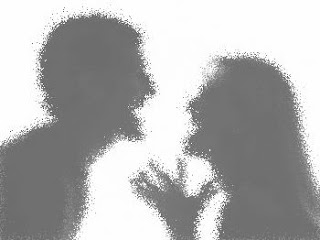 Email ThisBlogThis!Share to TwitterShare to FacebookShare to Pinterest
Labels: Me and Myself

'Given my privilege as a woman, I only degrade Myself by trying to be something I'm not--and in all honesty--don' t want to be: a man. As women, we will never reach true liberation until we stop trying to mimic men, and value the beauty in our own God-given distinctiveness. '
On March 18, 2005 Amina Wadud led the first female-led Jumuah (Friday) prayer. On that day women took a huge step towards being more like men. But, did we come closer to actualizing our God given liberation? I Don't think so.
What we so often forget is that God has honored the woman by giving her value in relation to God not in relation to men. But as western feminism erases God from the scene, there are no standard left but men. As a result the western feminist is forced to find her value in relation to a man. And in so doing she has accepted a faulty assumption. She has accepted that man is the standard, and thus a woman can never be a full human being until she becomes just like a man-the standard.
When a man cut his hair short, she wanted to cut her hair short. When a man joined the army, she wanted to join the army. She wanted these things for no other reason than because the 'standard' had it. What she didn't recognize was that God dignifies both men and women in their distinctiveness—not their sameness.
For 1400 years there has been a consensus of the scholars that men are to lead prayer. As a Muslim woman, why does this matter? The one who leads prayer is not spiritually superior in any way. Something is not better just because a man does it. And leading prayer is not better, just because it's leading. Had it been the role of women or had it been more divine, why wouldn't the Prophet have asked Ayesha or Khadija, or Fatima-the greatest women of all time-to lead?
These women were promised heaven-and yet they never lead prayer.
But now for the first time in 1400 years, we look at a man leading prayer and we think, 'That's not fair.' We think so although God has given no special privilege to the one who leads. The imam is no higher in the eyes of God than the one who prays behind.
On the other hand, only a woman can be a mother. And God has given special privilege to a mother. The Prophet taught us that heaven lies at the feet of mothers. But no matter what a man does he can never be a mother. So why is that not unfair?
When asked who is most deserving of our kind treatment? The Prophet replied 'your mother' three times before saying 'your father' only once.
Isn't that sexist? No matter what a man does he will never be able to have the status of a mother.
And yet even when God honors us with something uniquely feminine, we are too busy trying to find our worth in reference to men, to value it-or even notice. We too have accepted men as the standard; so anything uniquely feminine is, by definition, inferior. Being sensitive is an insult, becoming a mother-a degradation.
In the battle between stoic rationality (considered masculine) and self-less compassion (considered feminine), rationality reigns supreme.
As soon as we accept that everything a man has and does is better, all that follows is just a knee jerk reaction: if men have it-we want it too. If men pray in the front rows, we assume this is better, so we want to pray in the front rows too. If men lead prayer, we assume the imam is closer to God, so we want to lead prayer too. Somewhere along the line we've accepted the notion that having a position of worldly leadership is some indication of one's position with God.
Muslim woman does not need to degrade herself in this way. She has God as a standard. She has God to give her value; she doesn't need a man.
In fact, in our crusade to follow men, we, as women, never even stopped to examine the possibility that what we have is better for us. In some cases we even gave up what was higher only to be like men.
If given a choice between stoic justice and compassion, I choose compassion. And if given a choice between worldly leadership and heaven at my feet - I choose Heaven.
at November 12, 2008 4 comments: Links to this post

Email ThisBlogThis!Share to TwitterShare to FacebookShare to Pinterest
Labels: Islamic 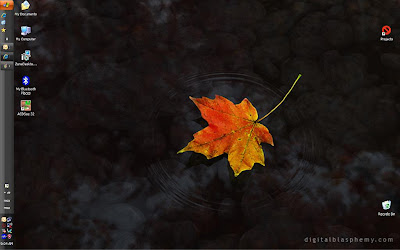 Email ThisBlogThis!Share to TwitterShare to FacebookShare to Pinterest
Labels: Me and Myself, Sentiments
Newer Posts Older Posts Home
Subscribe to: Posts (Atom)

LioneSS
Simply a Palestinian lady living away from her country and family and this should summarized the tough time I am having.